Does anyone know of good YouTube channels based around privacy/security? My favorites are Mental Outlaw and Luke Smith, any similar channels would be awesome. 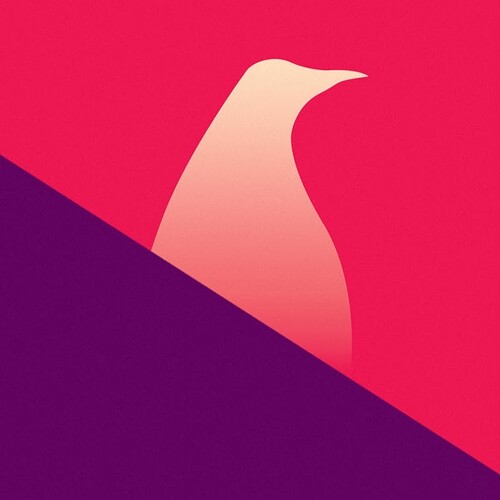 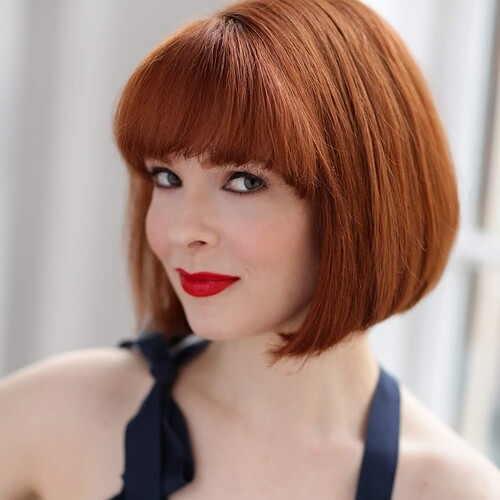 www.nbtv.media NBTV: A tech channel that teaches you how to live a modern, privacy-conscious lifestyle. - Your Money - Your Data - Your Life Empower Yourself. We cover privacy tools, crypto, & cutting edge technology. Naomi Brockwell was a... 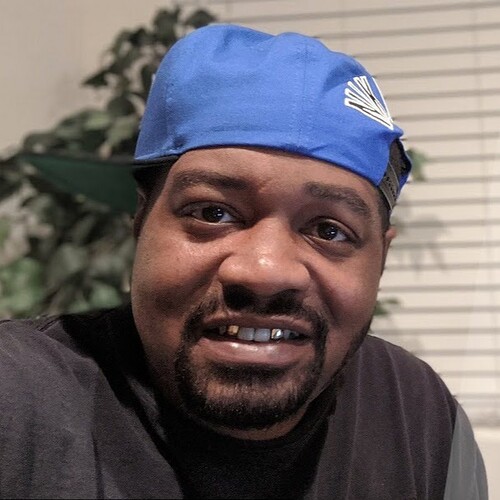 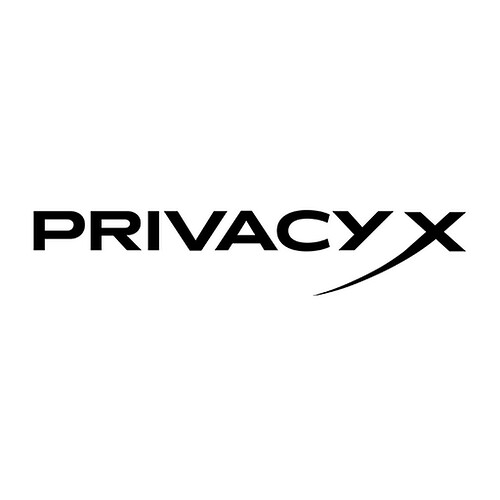 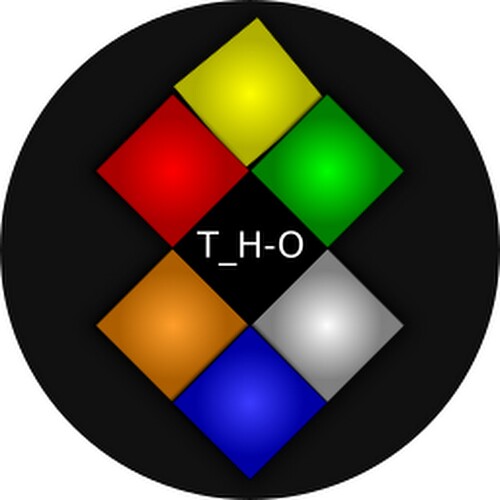 Creating deeply researched and well-sourced essays critiquing some of the most important issues of our time in a non-partisan, non-sectarian way. Mass surveillance is a backdoor into freedom of speech. Knowledge is power. And power... 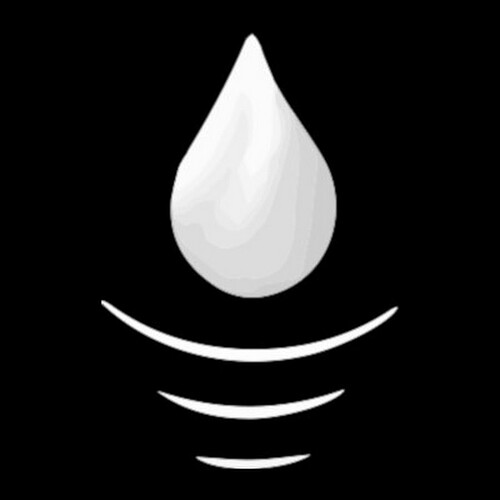 The New Oil is a project dedicated to teaching beginners and non-tech-savvy people about digital privacy and cybersecurity.The New Oil uploads new videos every 1st and 3rd Tuesday of every month.

The first two are active on the MalwareTips forum if you have any questions.

The youtube algorithm never recommended it to me, altough I had exclusively privacy focused subscriptions, playlists and likes, making me believe he might be shadow banned. I actually only discovered him, when I typed a very specific question into the search bar, that he happened to have a video about.

The quality of his videos are insane, but he sadly does not upload that often.
Hes definitly against gate keeping, and does a lot of beginner friendly stuff.

Pretty cool about finding him.
Ironically, another threat mentioned him, so I would believe it if he was shadow banned.
Watched the untraceable phone video, and want to do so when I can sell my liver on the market for a Google Pixel 6 Pro.
What makes it harder is the fact that they arnt sold where I live, making it more harder to attain

I am very skeptical about the Pixel series.

Did you know that you cannot enable the bootloader unlocking if you did not sign into a google account or at least turned on wifi?
In my eyes that does not make any sense. There is a lot of information that google can get from connection your phone to the internet, even if its just for a few minutes, especially on stock firmware.

Its clear that google only allows bootloader re-locking to dominate the privacy phone scene, similarly to what they are doing with Chromium.
They are not only funding their surveillance by people buying their phones for privacy, they are also weakening actually privacy focused phone manufacturers by taking away potential customers.

Why would you buy a Librem5 if you can get way better hardware for a similar price?
Google just has the resources necessary to outmatch any smaller business. They are a multi billion dollar, International company after all.

The Pinephone is probably my ideal phone. Sure - Linux does not have as many malware mitigations as Android, but only because you have a locked bootloader does not mean you are unhackable.

I will make a article about Security measures now, brb

Odd, I though you could just pass through the set up and just get in to the settings if it was reset. Wow, that’s actually bullshit.
The only thing I would do is make a dummy google account using a VPN on a Linux VM in ungoogled Chromium with another VPN outside of the VM in 2 different country’s with a throw away Sim.

Then going to a friends house or public WiFi enabled place with airplane mode, then flash the ROM.

Is this still a possibility?

Yeah, the biggest annoyance is the phone number requirement for google accounts, but apparently it is possible to skip the google account bs and just connect to internet in order to unlock permission to unlock the bootloader. I would opt to make a Tor hotspot, so they do not get the real ip, and covering the camera and microphone as well as blocking gps (which means somehow stuffing router and phone into a fariday bag?), but the iemi and other info still land at google hq

People on here didn’t seem to know about Sumsub which is one of my favorites.
Recommended it to a few and they absolutely loved it!
Very underrated channel imo.

Man its really shadow banning these people.
Thanks for the share!

Mental outlaw is the last guy you want to be watching for privacy/security. The guy is straight up bonkers. Says Open Source more secure, Linux secure Promotes Security through obscurity etc etc.

Rob Braxman is another bloke. Lad spreads FUD and same security misconceptions to sell his stuff. He also uses outdated security mechanisims in his Social Media.

I doubt channels like The Hated One are actually being shadow banned on YouTube, he’s put a pretty heavy emphasis on overly political and controversial videos recently, and that sort of thing tends to turn away audiences. YouTube’s algorithm exists to keep people on YouTube, so if you are making content that your audience enjoys you’ll be promoted, and if you stop making content your audience enjoys then… maybe it looks like you’re being shadow banned

I gotta second avoiding Rob Braxman, I straight up have never seen a single video of his that contained truthful, reliable information.

apparently it is possible to skip the google account bs and just connect to internet in order to unlock permission to unlock the bootloader.

As far as I’m aware you only have to do this the first time you unlock the bootloader too. Google already has your IMEI and other hardware info by virtue of making the phone anyways.

While I agree with the Rob Braxman statement (mainly picking out what is agreed with most people), don’t know about Mental Outlaw.

Its all preference at that point, since open source vs closed source is already a debate. Personally, I’ve seen more data breaches from closed source software, with the fact that of your code is closed, your willing to day your software is more better than most out there. Not to say it isn’t, but I haven’t seen articles in my RSS feed about open source being breached. Then again if there is (and I’m sure there are) I’d love to read anything and look at then when I can

As for the second statement, that’s spread my most people aswell, but is a misconception with most so that’s agreeable.

At the end of the day, I just find him entertaining to watch.

Most of the Privacy/Linux Channels are fake and just worships Linux/FOSS in general and pushes Stallman propaganda to garner views and sell overpriced stuff. Just stop watching them mate.

Surveillance Report by Techlore is great too.

I would say that this is a potentially dangerous recommendation, as he creates “solutions” about a lot of “problems” that don’t exist. He is more of a salesman, than a privacy/security enthusiast.

Probably should get rid of him for my recommendations then and off my feeds aswell lol.

@MultiCorn I had same experience , had been following techlore for long time and many other privacy related channels , my search terms also many times included vpn, anonymity , surveillance etc. But the hated one was never suggested to me by YouTube.
I came across him by techlores’ privacy guide list of suggested YouTube channels on techlore website. So i decided to give him a shot only because he was listed there. And guess what, he had the content what i had been searching for in the past year

.
Then i really felt , the guy got shadow banned. I wouldn’t be shocked if Google were doing this on orders of some government.

Agree with ,you . Specially him promoting his own vpn without explaining the reason for anyone to get a vpn. I even asked people in his community about the reasoning to get a vpn in first place , but none of them had a proper answer for it. Looked like they were almost tricked into buying a vpn from him without analysing what problem about privacy it fixed for them.

“I don’t keep logs, umm just trust me. Big Tech does that not me.”

Also Braxman uses Amazon Web services in his social media brax.me which is a shame given he loves to trash Big Tech.