So sad this is true.

A chilling and compelling example as to why everyone should care about privacy. I’m sharing this in my circle, so hopefully something strikes a nerve.

The Internet run on online advertising.

Contrary opinion; I don’t mind advertising, just wish it didn’t come at the expense of my privacy.

Another area where I would consider a compromise is based on actually transparent practices or opting into giving some data (which you choose) in order to have personalized ads, not unlike how some people will volunteer to take long surveys for marketing studies. There’s a spectrum of solutions we could explore and maybe it’s worth bringing up more.

Nah, sign me up for no advertisement, personalized or not.

I hate ads just as much as the next guy (based on privacy and annoyance), but the reality is that they’re a massive part of the internet and will be unless a giant cultural and business revolution takes place. I can’t say I’d necessarily prefer an internet where most sites are pay-walled. However, I think ad reform is definitely needed. Obviously, the current methods are a threat to privacy, but apart from that, they’re often predatory and lie to the consumer. Maybe there’s a future where ads become less marketing nonsense and more objective facts? I doubt it, but a man can dream.

There is no alternative income source for privacy-first products, and some of the large services has operation costs in the billions.

Maybe the Fediverse is the long term solution for social media where you essentially can crowd-source the service, the people with money pay and the people without get to use it for free.

Unless you find an alternative business-model for free online services, the only other option is to make it paid services. I personally don’t use a lot of social media, and I have the money to pay for them, but not everyone can afford to do so. As much as I dislike ad tech, I believe it’s important that everyone can use the internet, It shouldn’t matter how much money you have.

Targeted ads needs to be regulated, the current situation is pretty bad, but realistically there is no way to remove them completely, not unless someone finds a different solution.

Targeted ads needs to be regulated, the current situation is pretty bad, but realistically there is no way to remove them completely, not unless someone finds a different solution.

Ads aren’t bad inherently, at least for privacy. Ads could be privacy respecting but that would be declining a couple billion dollars on the table. Although there are pretty effective solutions for advertisements that are privacy respecting, such as YouTube sponsors( don’t go to the whole artistic freedom debacle) or sticking to Billboard ads. But realistically speaking, privacy invasive advertisements are here to stay as they are pretty cost effective and are more effective in general than traditional advertising.

Not to mention that if one company stops using these tools to advertise without finding a similar effective replacement, their competitors will start taking market share. I think it can work out, but it would be difficult. I think we would see legislation passed against this before marketing departments start exploring alternatives.

I think we would see legislation passed against this

How would that work?

The waste majority of tracking is done with user consent, the legislation being passed mainly focus on consent. Companies a not allowed to use dark patterns or deceptive design to obtain consent, but once they have consent, there is nothing stopping them from tracking users.

I don’t see how you are going to stop this, without using some very invasive legislation.

I see the main problem as Google holding a dominant position in the advertising market and as a result, it also controls the technology. 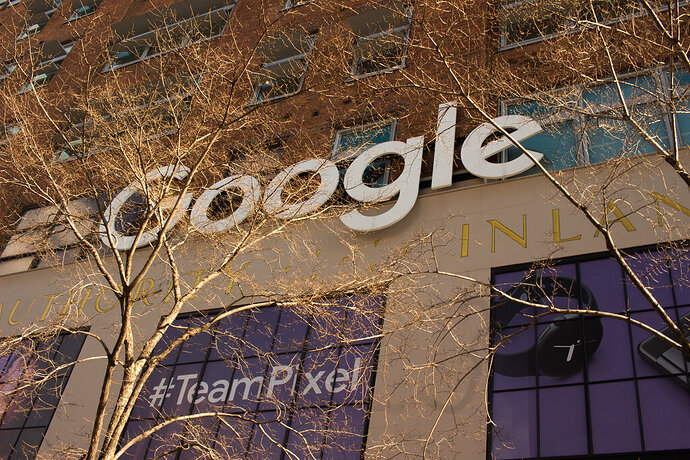 The Justice Department’s antitrust lawsuit, which a group of states joined, was the fifth by U.S. officials against the company since 2020.

The waste majority of tracking is done with user consent, the legislation being passed mainly focus on consent. Companies a not allowed to use dark patterns or deceptive design to obtain consent, but once they have consent, there is nothing stopping them from tracking users.

I don’t see how you are going to stop this, without using some very invasive legislation.

Just as we have standards over how you can’t advertise to children and you have to have big warning labels on boxes of cigarettes (at least in the US), there can be regulation over how you can advertise. There is already legislation for what is and is not allowed in marketing. I don’t think that saying “x/y/z invasive practices are off the table under the law” and then the marketing departments have to cope.

Another criticism that could be levied not just in the privacy space but of big tech in general is that they cram a lot of “user consent” stuff into their agreements. Yes, I know that having agreed to the contract you are legally bound and it’s on you for not reading it or signing it. On the other hand, companies use these agreements to escape things that people wouldn’t sign up for otherwise, like the privacy invasive aspects of using these services. Sometimes they are considered a de facto need in our modern world so it’s unfair for companies to take advantage of that position and get as much control over their customers, which includes most of the first world. Not to mention that the agreements are so dense that it would require someone who’s actually studied law to fully understand what they’re signing over.

If privacy is a human right, you don’t get to manipulate your way around abusing it with contract law.

The OP article was about the opt out lies, the general terms of service and consent given could clearly state that your giving up human rights to use their product. PayPal held the record for the largest terms of service which no one reads. Consent is given based off of trust. Some trust comes from ignorance that there are consumer laws which should protect the user.
The problem I am seeing is litigation is working backwards, the know your customer laws for example. Having to have identification for cell phone service. Identification for PO Box. Will lying about who you are for content and services one day become fraudulent like your stealing welfare from the government.

Data collecting has nothing to do with what how advertising is regulated, online ads follow the same rules.

As I said, there is some pushback against dark patterns and deceptive design, but that is probably all you are going to get.

As long as people keep agreeing to their data being used, then the companies are not doing anything illegal. It’s a quid pro quo type deal, free service for access to data, I have a hard time seeing how this is going to be banned by law.

Even if the companies are forced to make it more clean and can’t bundle consent, it’s not going to result is some extreme change. Most people simply don’t care about privacy, they are not to keep agreeing to the request for consent.

I don’t know how much can or can’t be regulated when it comes to agreeing to something in a contract, but I think there are limits to how much you can ask someone to sign away.

That aside, I think what you’re talking about when it comes to legal boundaries on dark patterns is closer to what we’re both thinking. In my mind, it’s not enough to say “can we use your data to give you personalized experience?” Companies should have to detail exactly what data they will collect, how they will collect, present it in a way that’s understandable to the average person, and probably using some standardized text so that they can’t hide behind froofroo language (though I have a feeling with that last point that lobbyist could abuse standardized text back into the opaque contracts we’re trying to avoid).

The example last year of Apple plainly saying “would you like to turn off the ability of apps to track you?” shows that people will make decisions to improve their privacy when presented in a reasonable way. All of the jumping through hoops, flipping settings, buying privacy services, is actually an unreasonable standard for what should be a human right. Someone shouldn’t have to install a custom ROM in order to experience the level of privacy they expect - that’s how it should work out of the box.

When I’m thinking about how companies abuse agreements to have their way, this is where I’m coming from. They’re taking advantage of their customers by injecting so much complexity against their best interest. I’m not sure how we get there, but I would like for these companies to honest about what they’re doing and not lock arbitrary functionality behind agreements for user consent.

TL;DR - I think we prob agree, I just need to learn more about how contract work lol