What do you guys think of this app to update right from the source? I started using it but I’m unsure if there are security concerns just using an update all button. 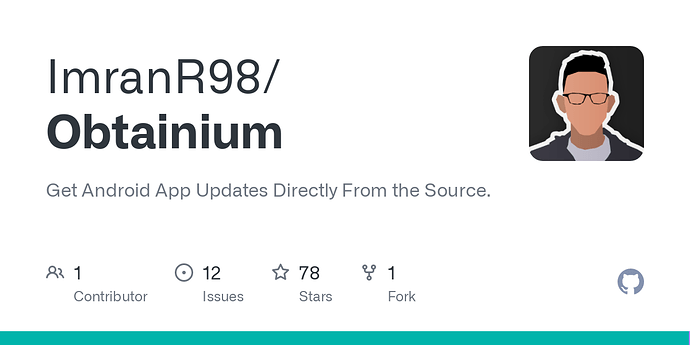 GitHub - ImranR98/Obtainium: Get Android App Updates Directly From the Source.

Get Android App Updates Directly From the Source. Contribute to ImranR98/Obtainium development by creating an account on GitHub.

What do you guys think of this app

Nothing as I don’t know it!

In theory I like it, but it doesn’t seem to be a good option for most users. If you consider yourself an advanced user (you most likely are), it might be better than F-Droid. At least the updates should arrive much faster…

unsure if there are security concerns

The developers GitHub, F-Droid, etc accounts may be less secure than their Google Play accounts as I believe Google requires 2FA for developers. Google also checks apps for malware unlike other sources.