Just wondering what ppl here think about it.

Never heard of it, mind sharing a bit more about it? 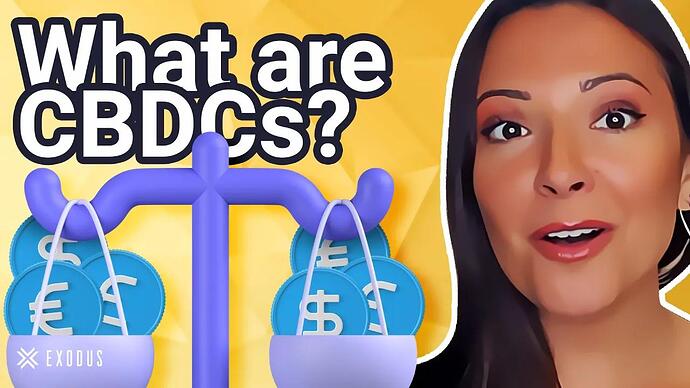 What is a CBDC, and which countries are developing Central Bank Digital Currencies? What are the pros and cons of CBDCs, and why are decentralized cryptocurrencies important? 🔔★Subscribe for more v...

My concern is the word central. Since it is issued by a single central bank I am assuming it is no more privacy preserving than debit cards. I haven’t looked into it in depth, maybe there is something I am missing, but looks like an opportunity to centralise digital transactions further.

It could be.
It’s also interesting that BRICS nations are starting their own central bank to rival the World Central Bank.

From what I understand, isn’t this similar to the digital RMB that China has already implemented? It has the benefits of crypto in that it’s totally digital with no supposed paper backing up the ones and zeros. It has the cons of essentially having the central bank having total control over transactions. It’s like a national PayPal in that all transactions run through the central bank.

A central bank digital currency would likely be implemented using a database run by the central bank, government, or approved private-sector entities.[8][9][10] The database would keep a record (with appropriate privacy and cryptographic protections) of the amount of money held by every entity, such as people and corporations.[8]

In contrast to cryptocurrencies, a central bank digital currency would be centrally controlled (even if it was on a distributed database), and so a blockchain or other distributed ledger would likely not be required or useful - even as they were the original inspiration for the concept.[8][9][10]

Everything involving KYC is bad.

@InternetGhost yeah you described it perfectly.