I love the Unredacted Magazine by Michael Bazzell and his podcast as well.

In edition number 002 he talked about “vintage” technology of Radio. I went down rabbitholes of trying to understand how everything works. I find it fascinating. The most DXing I can do is turn on my car radio at night to catch AM stations.

Bazzell quoted in his column “Radio signals are one of the last anonymous ways to ingest information. They do not require a computer, internet access, IP address, web traffic, cached files, website cookies, or login credentials. They do not log your listening history or collect analytics about the shows you like. There is no evidence of your activity. This is a rarity today.”

Because of the line above, I thought I might find people who enjoy DXing here. Please comment if you do and if you have more knowledge about this entire thing!

This seems interesting, will surely look into it!

Haven’t thought about this in decades! I grew up in a house full of CB radios, ham radios and morse code keys. I’m glad you brought up the topic in this context.
The Mexican cartels re-discovered this idea about 20 years ago and use their own “NPR” (Narcotics Private Radio) network throughout Central America. Any node that gets taken down can be replaced almost immediately. It’s a nightmare for DEA.
But there’s certainly good, non-scumbag uses for the technology in the privacy/security world. 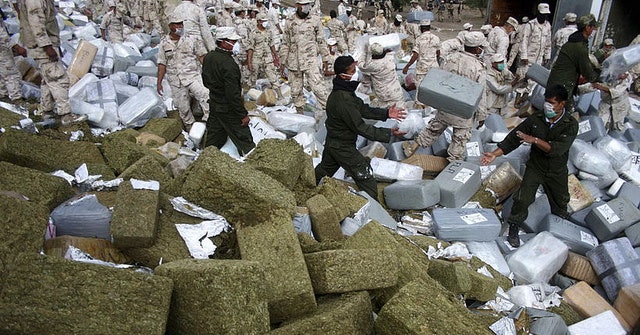 Forget about making drug deals on your cellphone. When you're part of the Zetas, one of Mexico's violent drug cartels, you have your own encrypted radio network to move your deadly product. And Mexican soldiers and cops aren't able to get Radio Zeta...

WOAH! thanks for sharing. jesus.

Can you talk more about your experience with it?
Anything really, maybe catching some far away station. Your favourite brands. Anything.

It was long enough ago that I can’t remember things as specific as brand names. It was more just me watching over my father’s shoulder in his radio room. I learned morse code and remember looking at all of my dad’s qsl cards from isolated areas of the world.
CB radio was a massive craze in the 1970s and you still can pick up that equipment For pretty cheap and it doesn’t require the huge antennas that ham radio does.

Amazing!! Thanks for sharing.

They did away with licenses for CB back in the 80s , so anyone can use it now.
I think ham radios probably still require some kind of licensing even though it’s easy enough to go “pirate”.

There is a lot of cross over from radio tech to online comms.

There are some great projects out there. I have made a few projects where i have built an APRS tracker using a cheap Chinese radio, a Mobilink TNC and an android phone.

If your wanting to tune in check out software defined radios. You can tune in to AM radio and much more.

I have used Zello (looking for an alternative) connected to CB radio a scanner, commercial (UHF) radios and all band radios to scan an area for radio traffic. For privacy this helps you understand the threats in an area. You can use zello to record days of radio traffic and play it back in a short amount of time depending on volume. Another use case is an remote observation post.
I could set up a CB radio near a heavy traffic area like an interstate and monitor or record this traffic far away online. Want to do this offline, check out cross band repeaters.

One project I wish I would have invested in was a Pirate FM radio station. I have reasons but being able to share information to anyone around sounds cool. A Pirate Radio station equipment you could imagine is a higher powered station you could broadcast Christmas music with.

One neglected project i have is a hand held radio with a camera in the microphone. I have not sent a picture with it yet.

I know a guy that uses digital radio to send messages very far like from southern USA to Russia with under 5 watts of power.

Just got my first issue of “Unredacted”.
Thanks for the recommendation.

Wow! This is such advanced stuff. It took me so much time to understand but thanks for commenting. Its GOLD.

My dad did this. He had this whole battlestation of just radios. When I was a kid he sometimes gave me a handheld radio when I was out running around, and would use it to tell me when it was time to come home.

I’ve always been somewhat interested. I ended up having a pirate radio station for awhile, though.

My son has been a licensed HAM we used the county repeater to talk when he was 12 yrs old. He used a cheap Baoufeng UV5R to listen to FM radio with the radio set to monitor the repeater.
These cheap radios are great for projects and out playing around.